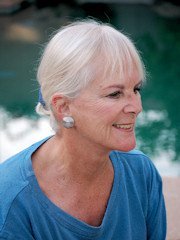 British born Mary-Rose Hayes is the author of nine novels, most recently WHAT SHE HAD TO DO, including the TIME/LIFE bestseller AMETHYST and two political thrillers co-authored with Senator Barbara Boxer.

Her books have been translated into sixteen languages and have regularly been chosen as Doubleday Book of the Month and Literary Guild main selections. She has published short stories and articles in England and the United States, and written and optioned several screenplays including a project for screen legend Lana Turner.  She has worked as a script editor for Thames Television, London, Associate Editor for Pacific News Service, San Francisco, and as a free-lance book editor.

Mary-Rose has taught creative writing at the University of California, Berkeley, Extension; Arizona State University; and at numerous writers' conferences in the United States and internationally including twelve years with the Squaw Valley Community of Writers, California; the San Miguel Writers' Conference in San Miguel de Allende, Guanajuato, Mexico; and the Peralta Writers' Workshop, Tuscany, Italy, for which she was co-director for five years.

Finding a way past the lifetime effects of childhood sexual abuse through Changing The Story. 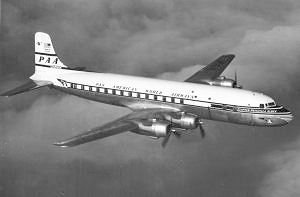 It is told in linear fashion from Hayes' steadily maturing viewpoint from 4 years old to the present.

The language is frank and humorous though at times grimly graphic.

Runaway Child has a wide potential readership, not limited to a previous generation, when a vocabulary for such outrages didn't even exist. Sexual predation of the young has never gone away, and its victims, young and old, continue mostly to suffer alone in shamed silence. Here, Hayes suggests that, if it could happen to me it could happen to anyone; and, I found a way through my personal darkness, and what worked for me might work for you too.

Just one and only if it's a girl.

I tell my mother all about sex.

SECTION ONE: (What happened):

A personal history as an only child of mismatched parents, multiple cross-country moves, new schools, alcoholism and intensifying abuse, culminating in a euphoric runaway/escape from Britain to the United States at age 17.

SECTION TWO: (What happened next):

Freedom, safety and professional success, tempered by the classic high risk behavior of the oversexualized child (at 19 Hayes lived above a prostitute in a tenement in New York's West Village and knew all the right people with whom to go wrong).

Marriage; recognition of problems and unsuccessful attempts to address them, including encounter groups and writing as therapy {"writing is turning one's worst moments into money" J.P. Donleavy (The Gingerbread Man)}

Acknowledgement of damage done, the examination of the lives and times of Hayes' parents which included a major depression and two world wars; Hayes' deepened awareness of PTSD and how it related to her own family; her growing belief, while teaching a series of writing classes, that it is possible to Change The Story.